Do you have access to some old Tesla GPUs and want to try them at home in your Desktop or old Server?  Some people have wanted to try these units for gaming but keep in mind they have no video out port, they were only meant for AI applications such as Deep Learning.

The easiest way by far is to choose an AI service that has everything ready to go, perhaps with a bunch of Docker or Kubernetes containers.  This can be done with Cloud services like Google, Amazon and many others, but the costs can be extremely high as in some cases, several times higher than using your own on-premise hardware, renting your own servers, or colocating your own servers.

In terms of learning or simply testing or trying to build your own development environment/test neural network setup this may be the way to go if you are experienced in building computers/modding/working on servers.

Why use GPU instead of CPU?

In general because even high-end CPUs cannot deliver the same performance for the dollar.

Issues with Tesla GPUs outside of their native habitat

Many older consumer grade motherboards, workstations and even servers may not work as you need PCI > 4GB 64-bit BAR support.

"Native Habitat" generally means they were sold in custom built servers from vendors like HP, Dell, Supermicro where the actively cooling in the chassis would flow past the heatsinks in these models.  In plain English, these GPUs don't have their own cooling fans.

Some people have started selling custom fan adapters that will take something like 40MM or 80MM fans that are held in place at the back of the card that blow into the heatsink (this basically replicates what a server would be doing).

A ghetto way some have tried is to rip off the cover of the GPU, exposing the heatsink and then placing 2 fans directly alongside which has also been proven to work.

You need a strong enough power supply as most of these cards require 250W capability.  Some of the Tesla cards used custom EPS12V to power these.

If you are trying to use these cards in another server, you'll need to make sure that you have a riser or power output that is powerful enough.  You'll also have to be very careful not to short out the card or server, as many of the riser's have non-standard power and many of the adapter cables you may could be incorrect.

If in doubt it may be easier to get a model that uses standard PCI-e power connections.

Remember again it's not only a power and physical space issue but your motherboard must support > 4GB BAR which MANY do not.

This is a compilation of comments taken from the internet, I have not personally tested all of these combinations so use at your own risk.  Normally when they say supported, it means you'll still have to handle the cooling on your own.  Also keep in mind that many different workstations and servers may have power supply options.  One person may have said ABC System works but had the upgraded higher wattage power supply over standard so always double check these items.

Remember to also make sure you have the appropriate power connections/adapter cables.

Some say the X99 chipset often works for the Tesla's including some MSI boards.

Another way is if you can find something like "Above 4G Decoding" as a BIOS option you should be OK.

1.) The riser power 8-pin port appears to be EPS-12V but it is NOT.  It is keyed like EPS-12V but the pinout is more like a PCI-E 8 pin.  Others have fried their hardware by not understanding this.

When finding cables be careful, there are cables that plugin to the riser and give you PCI-E 8-PIN out but this will fry you, as remember most of the Tesla cards use EPS-12V.  You would only need that sort of cable if you were plugging in a more normal GPU which did use 8-PIN PCI power. 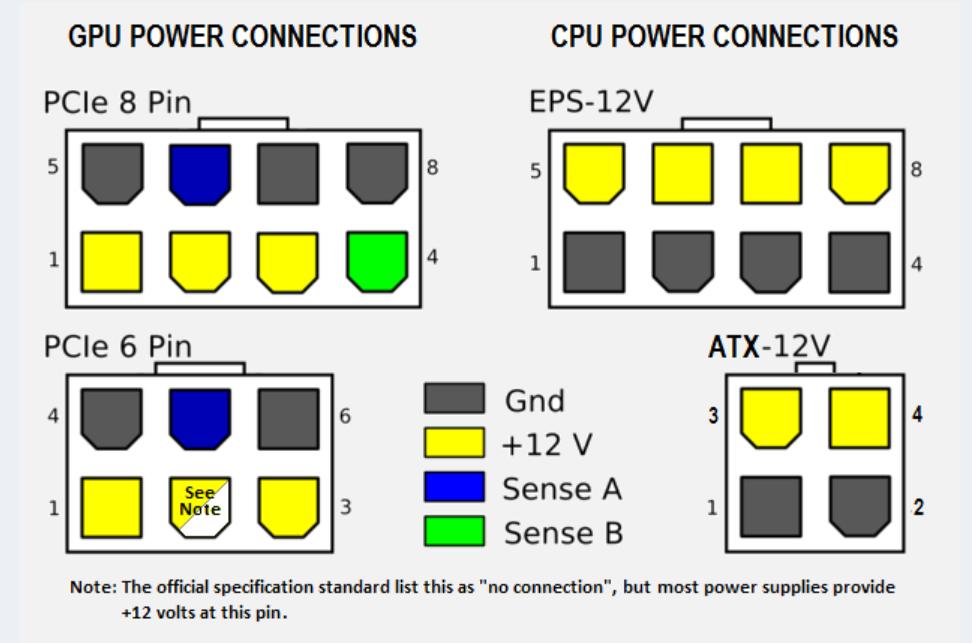 For the Tesla's with EPS-12V, perhaps the safest method is to combine the Dell Riser to GPU cable and then get the Tesla 2xPCI-E to EPS-12V adapter (not 1 or the other but both or you will fry your system).  This would not require any hack job wiring but does require two separate cables.

The above part connects to the riser in the server and gives you 2 x PCI-E power adapters.

Unless you combine it with the EPS-12V to 2xPCI-8 adapter.

The above part then connects to the EPS-12V on the Tesla card and then mates to the 2 PCI-E power connections from the riser cable.

Do not just buy the single Dell 09H6F without the adapter as you will fry your server!

Be aware again that anything that says Dell Riser to GPU cable is usually going to give you PCI-E which is NOT what you want for the Tesla's and will likely fry something!

Be careful with this one especially that you have the correct orientation and that you snip the correct wire.  Long-term results are unknown/is it safe that the 1 sense wire was snipped off?

If you want a hack job, some Youtube comments claim you can take a Corsair PSU Type 4 CPU cable but chop off the bottom right positive wire that connects to the riser side.  This is because as you can see with the Dell 720 Riser (the bottom right side pin is ground).  If you don't get this correct then you will short out the motherboard by sending 12V to a ground.

This does seem to be all backed up by the following diagram of the Corsair Type 4 CPU cable. Which GPU should you choose based on performance?

Factors for how you choose will depend on your use case, workload (eg. how much VRAM do you require for the models you are running?), whether it is testing, budget, scale and the cost and availability of power at your datacenter/business center. 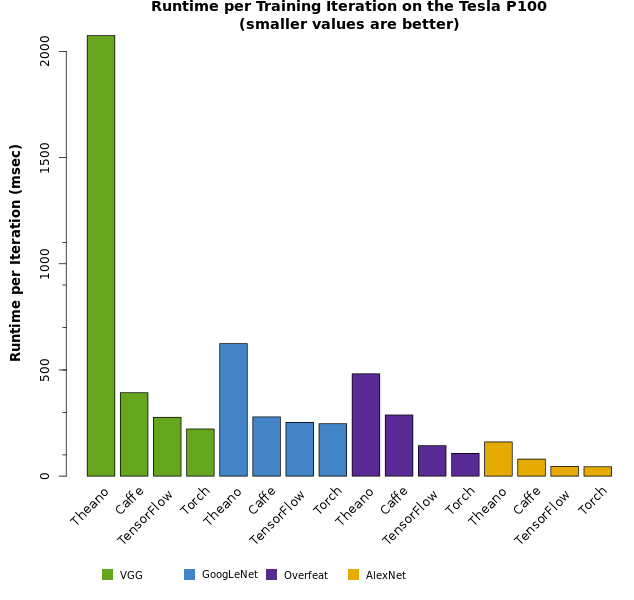 These are ready-built enterprise servers that accommodate either the PCI-e versions or SXM format Nvidia Tesla boards.

https://www.reddit.com/r/homelab/comments/fbwi2r/pro_tip_adding_a_gpu_to_dell_poweredge_servers/ (wrong info the Dell 720 Riser is not EPS-12V, it has the connector but the keying is like an 8-PIN PCI-e).