How To Boot, Install and Run Windows 2000 on QEMU-KVM

Interestingly enough Windows 2000 works fine on QEMU 64-bit but you have to specify Pentium as your CPU otherwise it doesn't complete the install (it will not pass the detecting/setting up devices phase).

-vga cirrus is wise because it is supported by Windows 2000 and allows higher resolutions and 24-bit color.

Also keep in mind Windows 2000 has long been unsupported and has a myriad of vulnerabilities.  You should only be running it for "the memories" or because you have a Legacy system or data to migrate/test etc..

Windows 2000 runs amazingly well on QEMU and it is a nice reminder of how unbloated Windows was back then, performing lightning fast with just 128MB of RAM and 5GB of HDD being more than enough space to install Windows.  I also like how it looks like Windows 95 but has the NT kernel and NTFS of course. 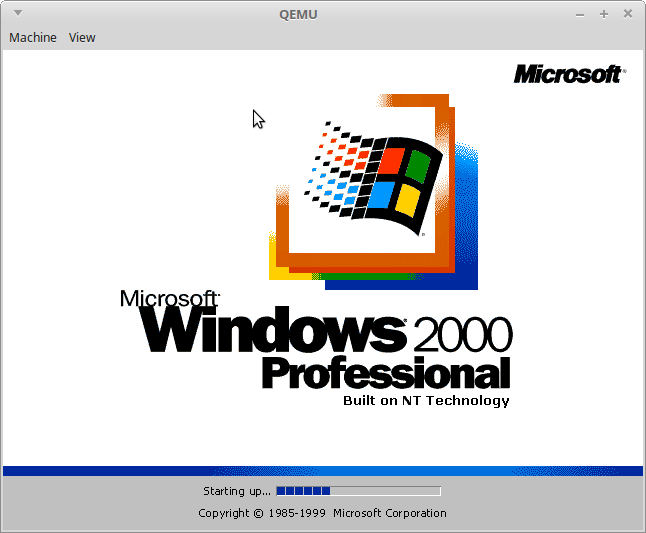 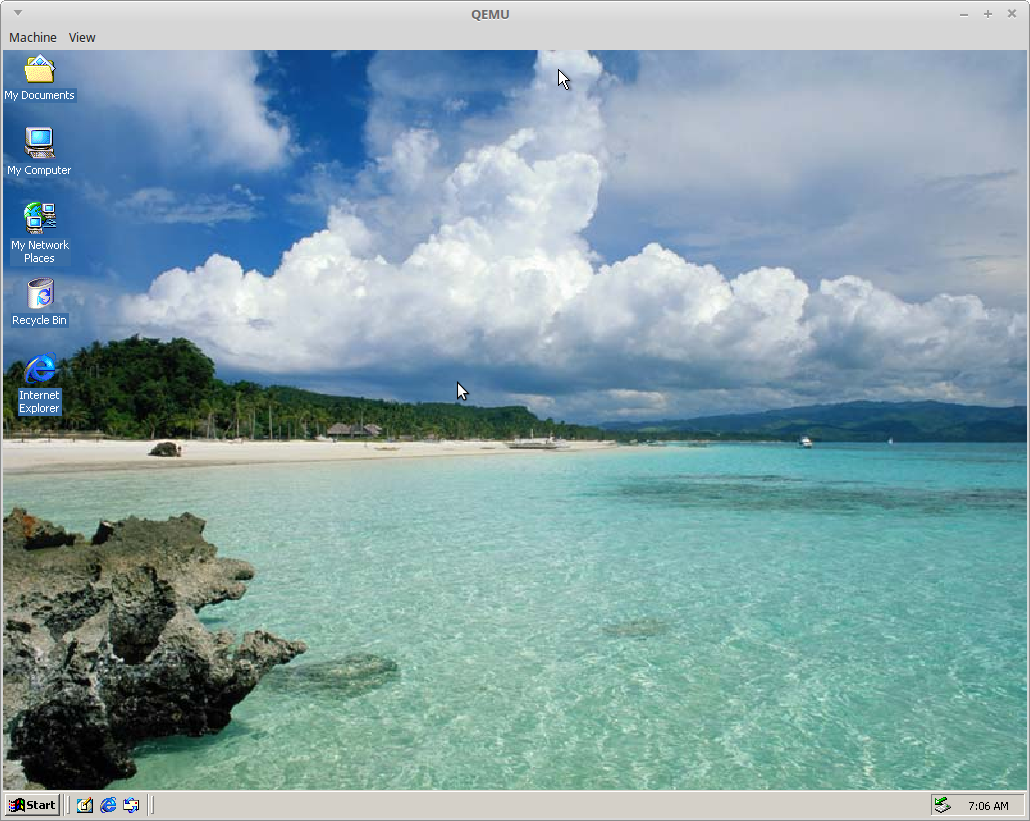